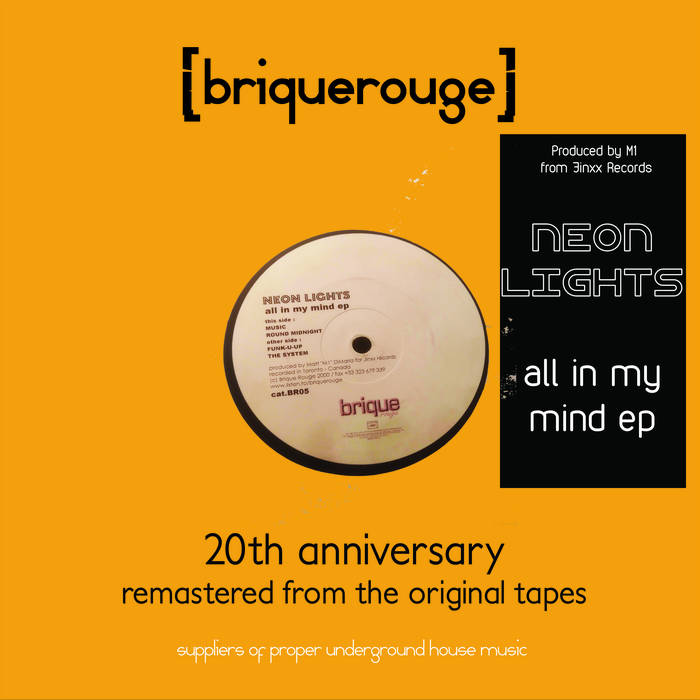 Like Mazi in Chicago with whom i was exchanging music and tracks, i had the same relationship with my friend Matt in Toronto, Canada. I was very good, i was doing music for his legendary label Jinxx and he was doing music for mine. I couldn't have been much happy than that as i am a big fan of his tracks on Stickman and Jinxx, and the man did "Electronic Funk" as M1 a big hit at that time , everywhere on radio here in France.

Matt has been releasing most of my San France Disco stuff and i reckon i might have been released most of his Neon Lights stuff (including the infamous "Gumbo" !!)

Up to this day, his releases on Brique Rouge are some of my favorites on the label and this All in My Mind ep has been unavailable for quite some time now. Sold out on vinyl after the very first 1000 copies pressing and never released in digital.