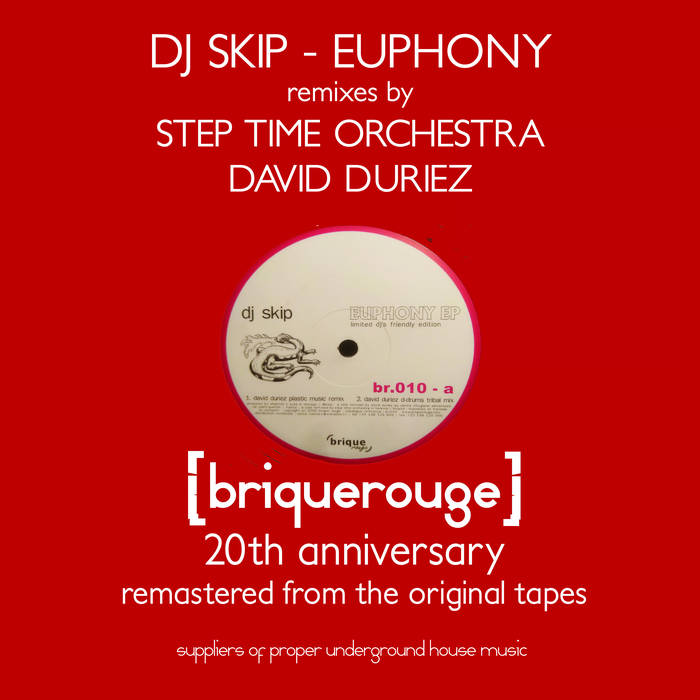 In 1999, i met Dj Skip on the internet. It wasn't like today where you can find anybody anywhere by checking the social networks or google. No at that time you had to work to build a network of like-minded people or even just friends. And that's what i did.

Today we know that as a Facebook group, it has been known as a forum, but back then we created a mailing list : there was an email adress that members subscribed to and members posted and received the emails like a gigantic shared inbox.

And we created this list called Housemuziq for producers, dj and house music labels owners. It was the perfect place to find help about production, swap projects, find remixers, seek gigs (and beg for them like facebook today)....It was very cool and most of the network i created with Brique Rouge was based on this list.

Some were calling it "The Oracle", some "the Union". Some people were even just there to troll (even if it was not yet known as "trolling"). We had a lot of people on the list (you would not believe it), the worldwide cream of the House scene in early 2000. Ivan Smagghe from Black Strobe even called me "The producers's producer" one time.

But let's back to Dj Skip and if i recall The List, it is because i met Skip on the web and we started to collaborate quickly. It was amazing for that time, a real Paris / Chicago Connection. After a few releases we ended up touring on a Pushpac Tour with Paul Johnson and Robert Armani (We played all together at the one and only legendary french club Le Macumba, how to forget that..it's impossible !)

Sorry no more vinyl available but just so you know, it was particular as a Brique Rouge. It's one of two records designed by Llorca and not by me, the other one being BR009. That's why the label is very different from the rest of the releases on the label.