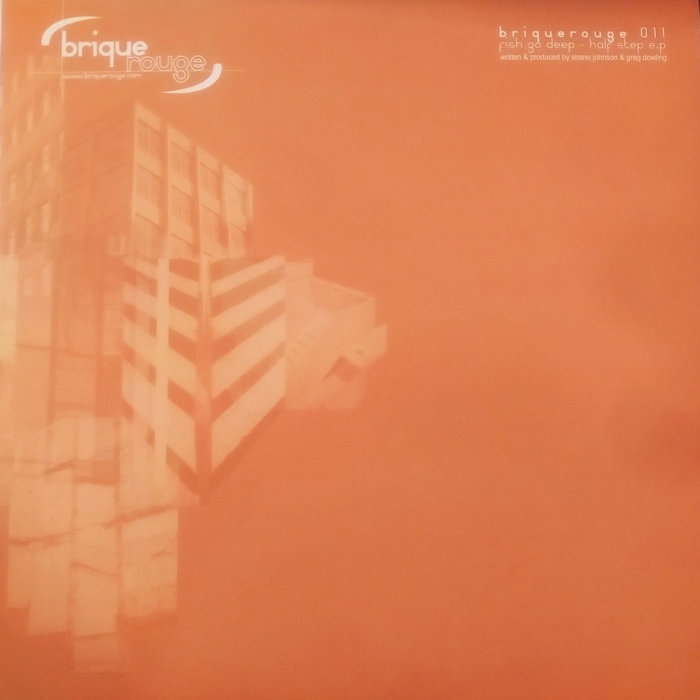 Shane Johnson & Greg Downling are from Cork - Ireland and they were fellow members of the Housemuziq email list back in 2000. The list was a shelter for House producers from all over the world, a special place to meet and share music.

And Fish Go Deep was no exception, i met the guys on the web and they sent tracks to me and that was it ! Their stuff was magical and little did i know they were running a very special night for deep house in their hometown where they had Kerri Chandler playing piano and well known dj playing the best music. Remember we were in 2000 and those places were precious. I'm talking about Sir Henry's and when i played there the night was so good that i kept the poster in the studio for years. I still might have it !

I had them playing in Paris of course, at Batofar for exemple. And shall i mention that they are very very good dj's too ?

Afterwards they did a very good career, still up, with releases on I! Records, Gourmet Recordings, Chez Music, Strictly Rhythm and they remixed Kerri Chandler (again) for NRK

Well so just to say i was very pleased to have them on the label. I was (and stil am) proud of this release with a wonderful full colour sleeve. It was the first time we had a printed sleeve, i cracked the budget to have it but it was the beginning of something bigger (but i will get back to it in the next episodes)

The sleeve has been designed by my friend Alex from Trax-Up and he did a very good job. He also created the brand new logo with the brackets that gave the label a true identity for years and that i used for merchandising too. For my french friend that are independant you can also note that we have been looted by Urssaf .