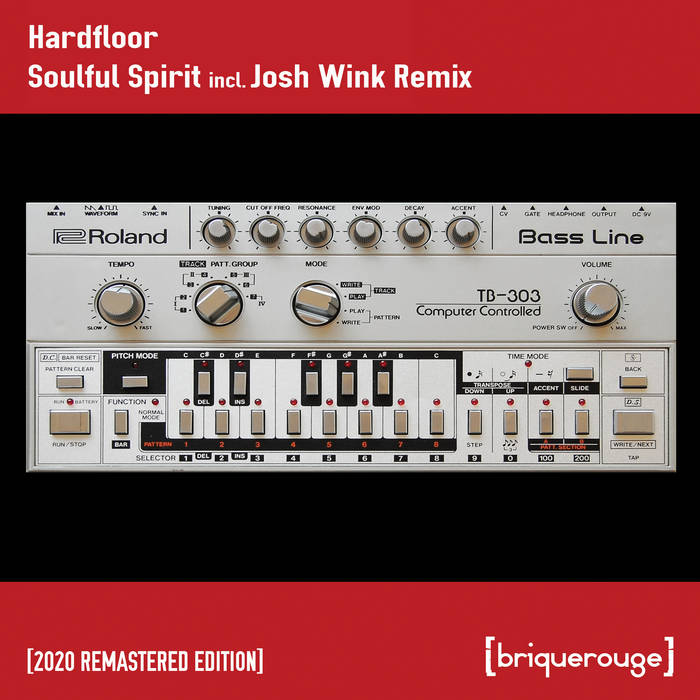 Techno duo Hardfloor's acid sound is credited to their virtuoso skill at manipulating Roland TB-303 bass synthesisers. They reputedly use up to six of these machines at once, some of which are highly modified.

Forming in 1991 as the German acid and techno scenes were just beginning to solidify, the pair released the eleven-minute "Acperience" single to inject a bit of bombast into the German scene. Utilizing since-standard compositional tools like long, melody-driven buildups and elaborate percussion breaks, the track became an instant dancefloor anthem and made Hardfloor a sought-after name for remix and production work.

Although the pair recorded briefly for the Eye Q label, most of the group's work has come out through Sven Vath's influential Harthouse imprint, including a number of full-length releases and a consistent schedule of 12-inches and EPs. Although the pair have since evolved from the more simplistic floor-movers of their earlier work, incorporating elements of hip-hop, electro, breakbeat techno, and post-acid house styles like trip-hop and intelligent dance, the group remains committed to the smoldering edge of acid, with 909 and 303 sounds comprising the lion's share of their recognizable sound.

After forming Ovum Recordings as an independent label in October 1994 with partner King Britt, Josh recorded the cult classic "Liquid Summer". He went on to release singles for a wide variety of revered European labels ranging from Belgium's R & S to England's XL. He also began remixing for Moby and others.

1995 was an especially good year for Josh. He scored 3 consecutive European smashes - all out of his modest 16-track bedroom studio - which unquestionably took dance music to a dizzying plateau. First came "Don't Laugh" - recorded as Winx and issued via Nervous Records - where Josh took a minimal techno beat and looped an incessant sample of a whacko laughing his head off. It was a stroke of sheer genius. The single broke down international language barriers and eventually sold more than 500,000 units.

Invitations to spin at prestigious nightspots all over the world have been pouring in since, but as his career has progressed, he has stayed true to his roots, never selling out and always maintaining his integrity, always coming home to his beloved Philadelphia.